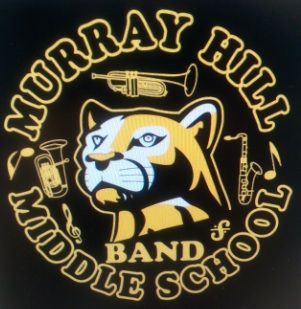 In August of 1997, Murray Hill Middle School opened its doors to students for the very first time! The week before students returned, the teachers came in to find the school not completely finished. It took a lot of work that week to get things ready for students the following week, but we did.

The band room had an unfinished floor. Tiles were laid before the students came in. However, the school year opened with very few instruments, no music and no music stands. Students had to bring wire stands from home until music stands were ordered and assembled. Most of the larger instruments did not arrive until late October/early November, so those students playing bass clarinet, baritone, bari sax, and tuba had nothing to play until the instruments arrived. Music and stands had not been built into the budget, so money had to be allocated for these items.

We opened in a low budget year, so many of the instruments that the school was supposed to have upon opening had to be cut.

Murray Hill Drama Productions began the very first year with the premiere performance of Mrs. Hersey’s original musical, “Look For A Rainbow.” The drama program has grown since and continues to produce outstanding musicals each year.

Performed at Music in the Parks beginning in May 2000. Performed every year since at different amusement park venues, with the exception of the 2001-2002 school year. Due to the 9/11 tragedy, it was deemed unsafe to take groups that year, so we did not participate in Music in the Parks that year.

In May 2006 the jazz band began performing a concert separate from the concert band, the Evening of Jazz Concerts.

When the school opened, students chose the mountain lion as their mascot and the colors, black, gold and teal to be their colors. Since the opening, the colors have changed to just black and gold.

Murray Hill’s first alumni have completed high school, college, and in some cases, graduate school. Some have even chosen music as a career! 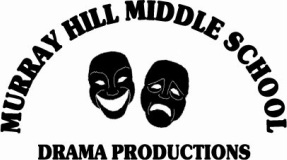 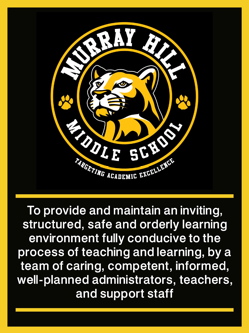 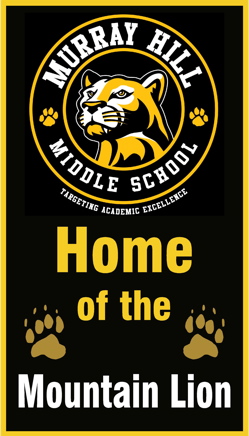 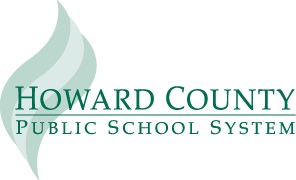